Their first game saw a 4-0 win versus Bradford City Women with goals from Blake Williams x2, Charley Docking and Steven Lilley.  The second game was an excellent closely-fought game, typifying the spirit of the South Yorkshire Ability Counts league.  Sheffield coming out with a 2-1 victory with goals from Charley Docking and Blake Williams.  A special mention Russell Schofield who again was a rock wall in defence. 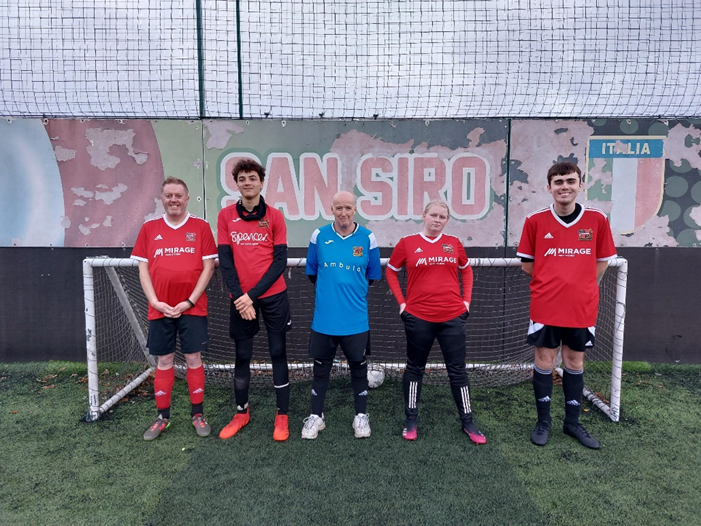 Sheffield FC 5-a-side Premiership team had 3 closely fought games, winning one and losing two, all of which by the odd-goal.  We exited the cup competition with a 3-2 loss against City Knights with both goals from Kyle Johnson. Both league games were closely fought, losing 2-1 in the first league game to Derek Dooley with a goal from Kyle again.  In the second league game, an end-to-end game versus Bradford, finished 4-3 to Sheffield with goals from Ben Wilkinson, Millie Foster, Morgan King and Kyle Johnson – beating the top of the league.

Having been promoted last season, the team are finding games much tougher than last season but still have the grit and ability to grind out games.  League table is very tight across the top 4 teams with focus on the next set of fixtures in the new year.