Sheffield FC Women suffered a 2-1 defeat for the second successive week, this time at home to Huddersfield Town Women, in the FA Women’s Northern Premier Division.

All three goals came in the first half with Laura Elford’s brace putting Town 2-0 up before Brooke Marsden’s free-kick put Sheffield back in the game. The hosts looked to have equalised through a Sammy Conroy back-post header in the second half, but the goal was ruled out for offside. 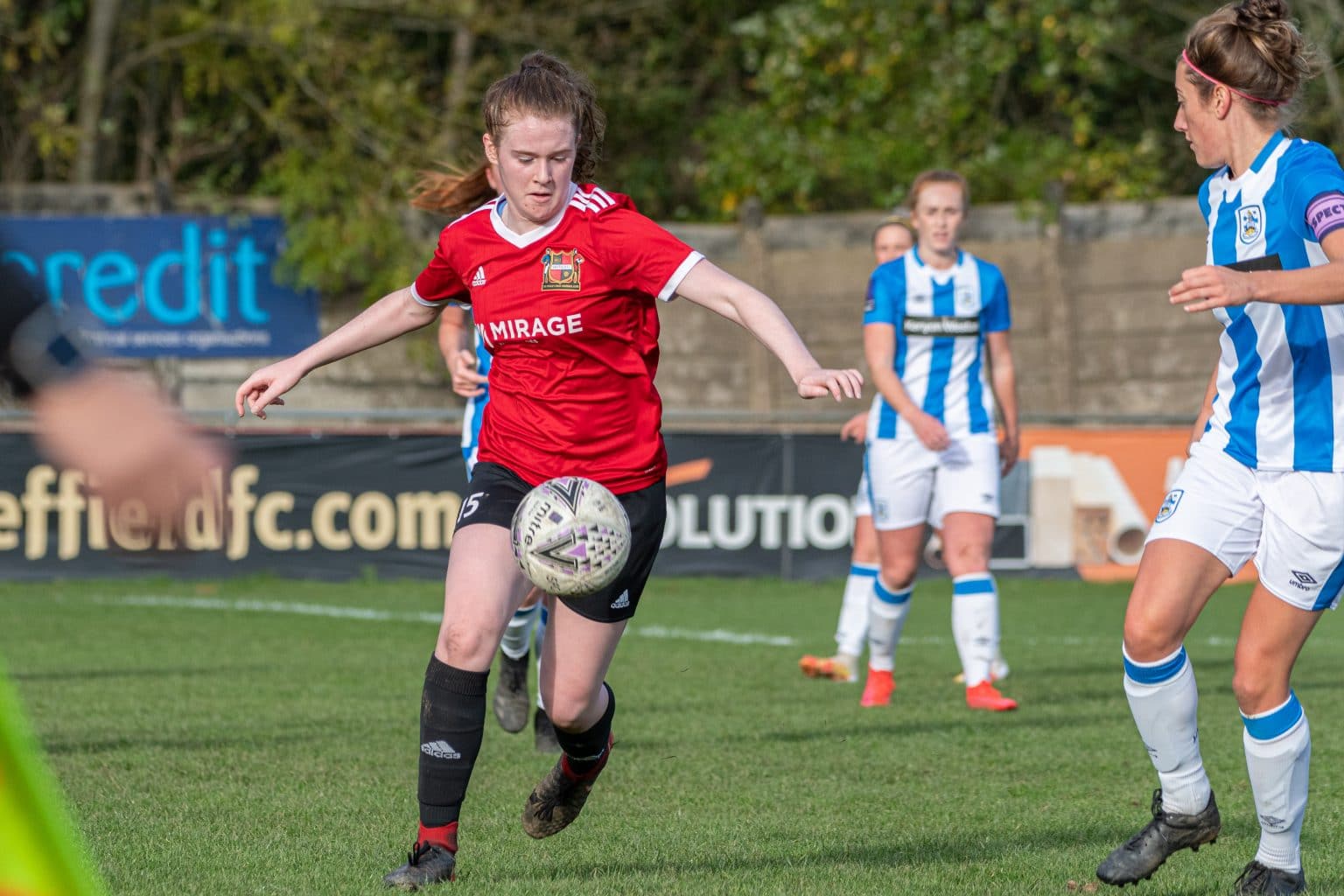 However, it was the visitors who gained the edge on eight minutes when Sarah Danby was brought down inside the box by Holly Housley to earn a penalty. Elford stepped up and smashed the ball into the bottom left corner past Laura Parsons.

Club were inches from drawing level in the 20th minute when Marsden’s fine effort from inside the box rebounded back off the inside of the post.

A minute later, the visitors doubled their lead when Elford broke down the right-hand side, found herself in the box and drilled the ball past Parsons, beating her at the near post.

The Club pulled a goal back 10 minutes before half-time after Marsden beautifully curled a free-kick into the bottom right corner from 25 yards. 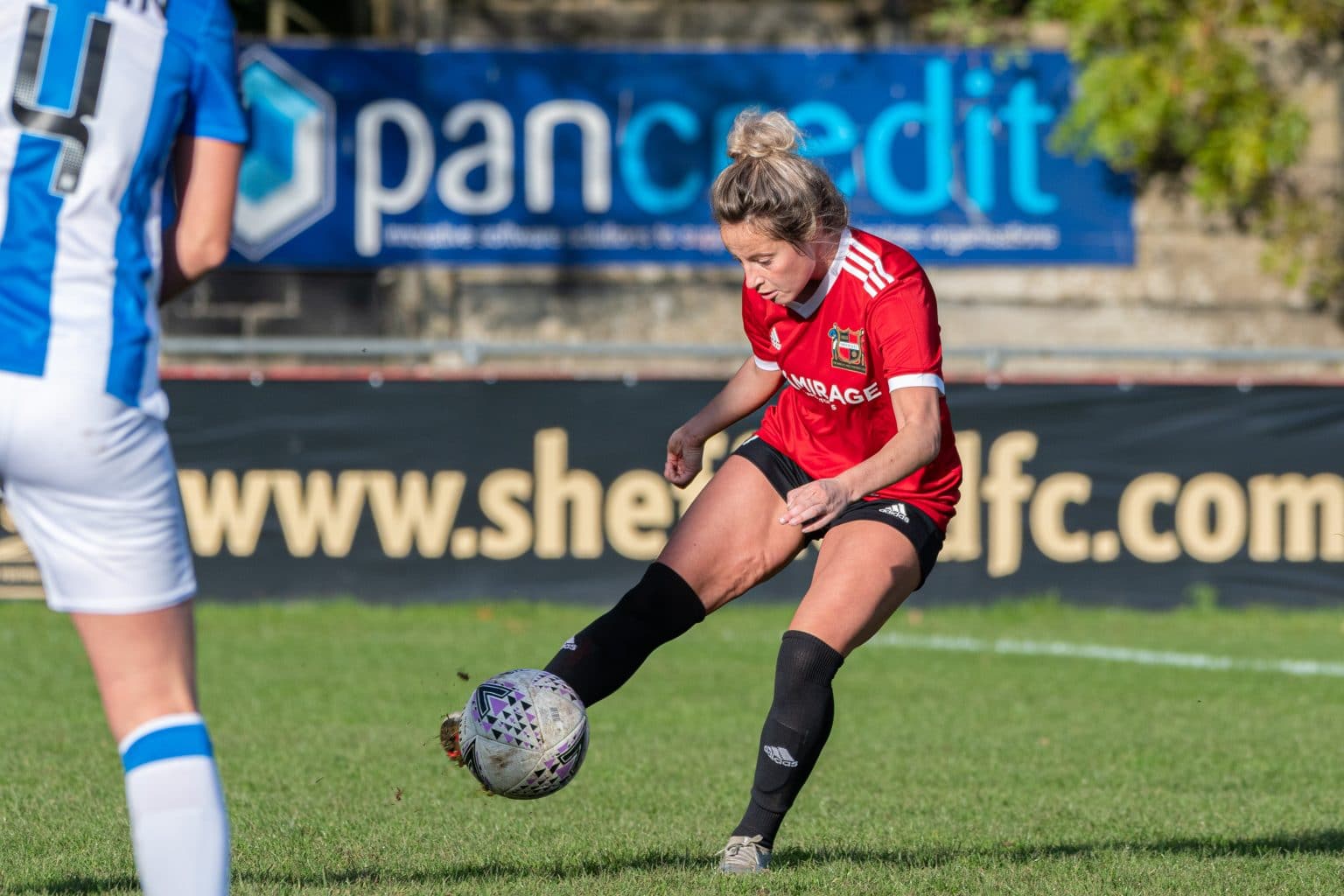 Sheffield started the second half on the front foot opposite and almost got back in terms when Charley Docherty capitalised on the Huddersfield defender’s misplaced pass, broke into the box only to fire a low shot fractionally wide of the post.

The hosts kept pressing for an equaliser but might have gone further behind when a Huddersfield corner was met well by Beth Ibbotson and headed onto the post and out for a Sheffield goal-kick.

In the 60th minute, Sheffield’s resilience looked to had paid off when a well-worked set-piece to the back post found Sammy Conroy who headed in from close range, but the offside flag went up. 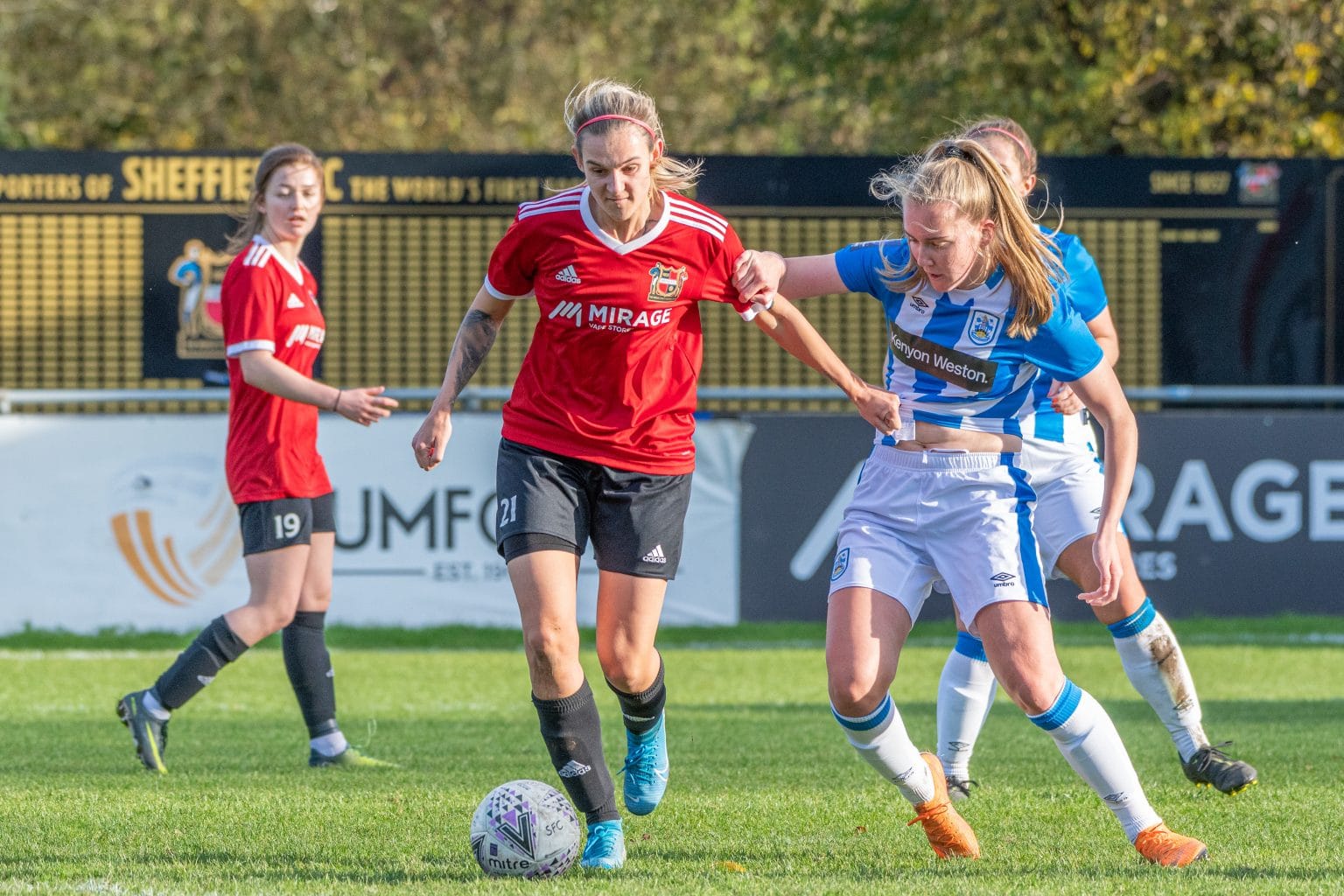 After a good 20-minute spell for Sheffield, Huddersfield had two great chances in the dying minutes of the game when Hannah Smith’s shot flew over the bar from the edge of the box, and Sanderson’s shot at an almost open goal was kept out brilliantly by a flying block from Brooke Smith.

In spite of a very credible and resilient performance, Sheffield were unable to get anything out of the game and full-time finished: Sheffield FC Women 1 – 2 Huddersfield Town Women. 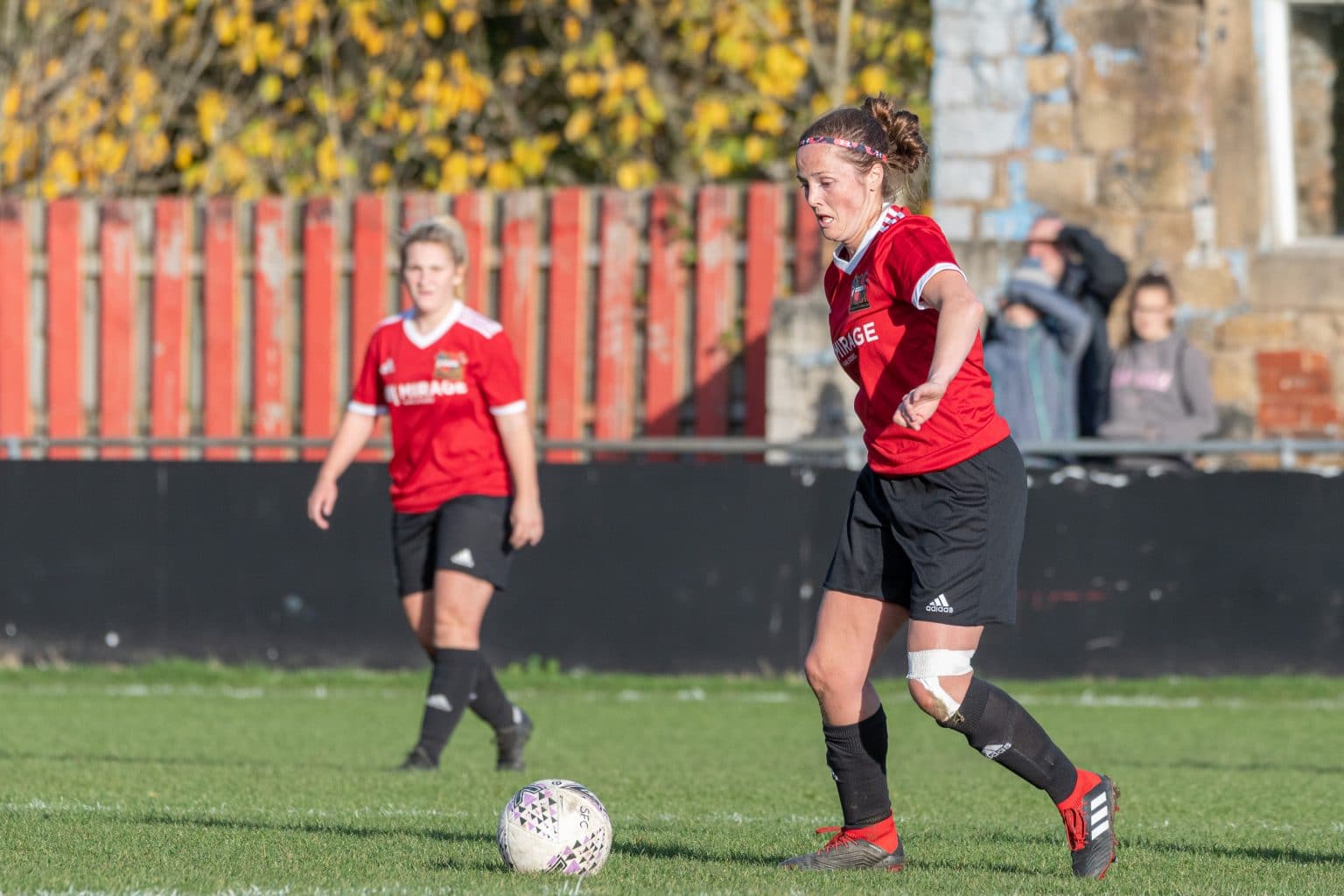